Natural rainwater retention capability of forests decreases every year due to the construction of forest roads and the uncontrollable growth of compressed areas in forests. It all started in the 1970s when heavy machinery started to be used more in forests with the aim to increase efficiency as well as profits. Since then, the speed of water runoff from forests increased significantly.
And it has been since then that climatologists started to notice faster increase in the Earth’s surface temperatures.

Recent years have brought even faster growth of compressed soil areas in forests.

We have been using wood (as splinters for heating and power plants) as a renewable source of energy more often which has led to an extreme increase of logging.
That is the second factor influencing the record-breaking heat waves in 1987.

Treetops retain rainwater in the forests. Subsequently, the water travels through leafs, branches and tree trunks into forest soil and the pores in soil transport it even to the places where there are no tree roots.
Yet there are many places in the forests that have not seen water even despite the long-term rains. Paradoxically, water often runs off from the forests along the compressed ground areas which can be found next to these dried parts of the forests. 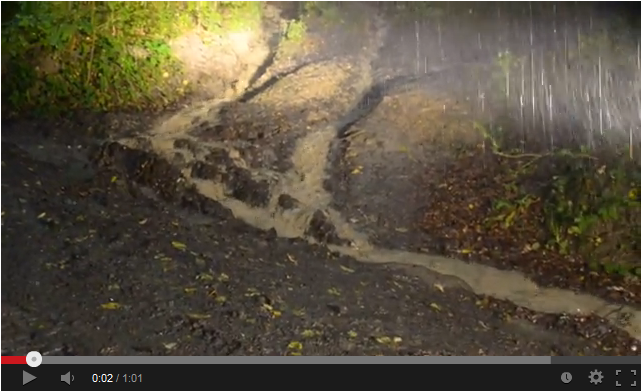 If there is an inclined forest road running along the tree line, water is discharged along the root systems, taking along the soil, which results in baring of the tree roots.

Forest owners and keepers recklessly leave the soil devastated after logging. Yet this devastated ground speeds up the discharge of water from the forests. Many countries even have laws in place stipulating that compressed soil should be restored to its original state after logging so that it is capable of retaining water again. However, this is not being done and so the compressed soil area keeps on growing. 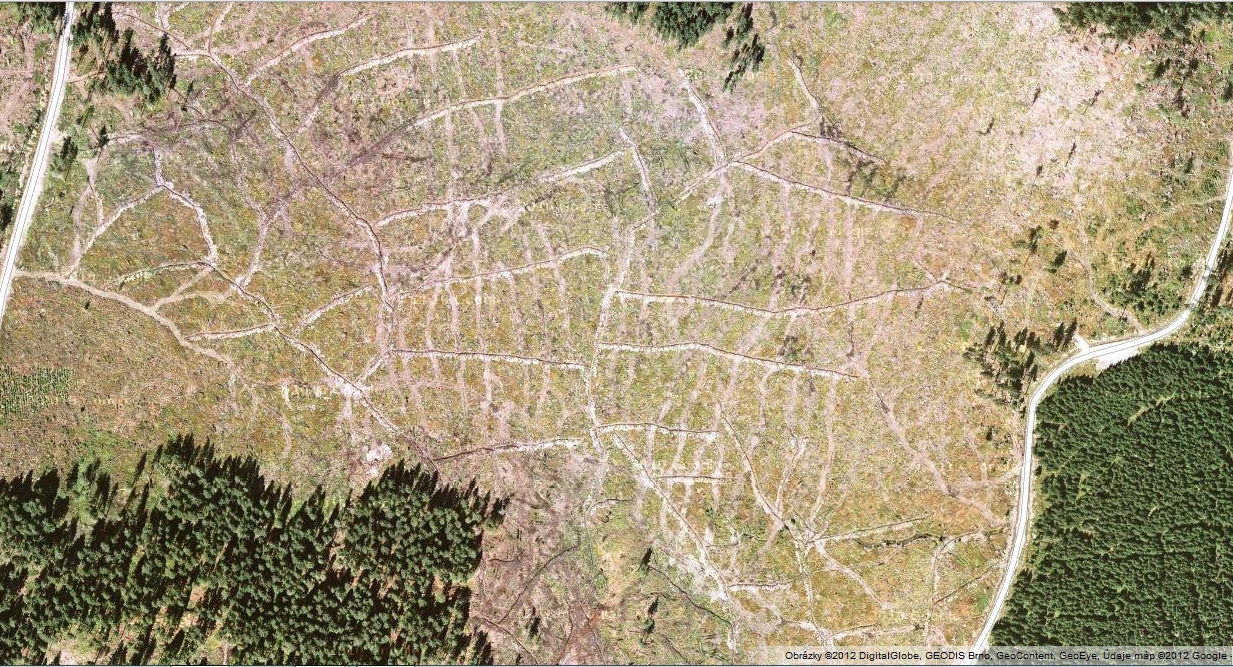 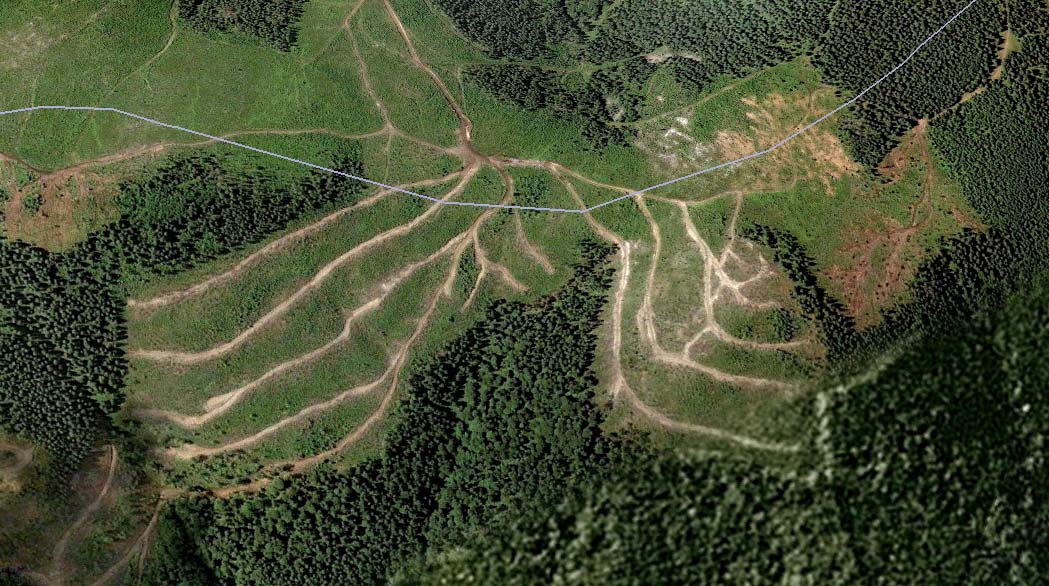 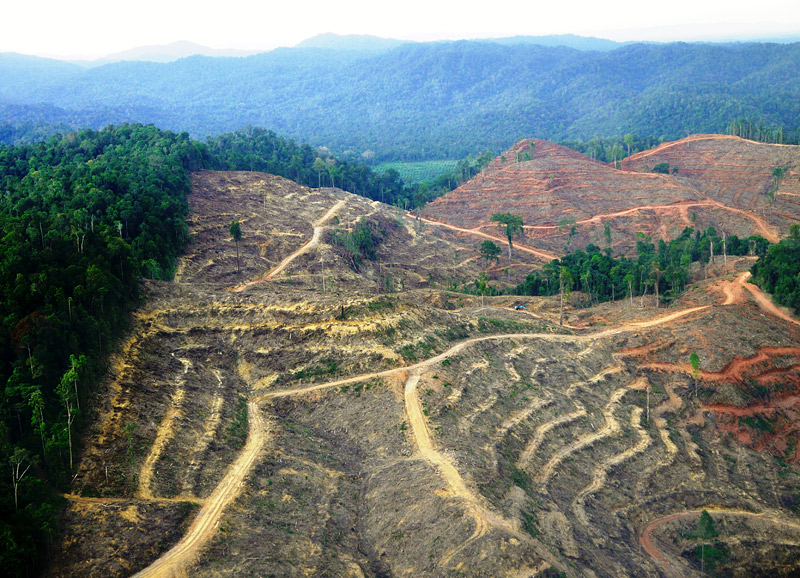 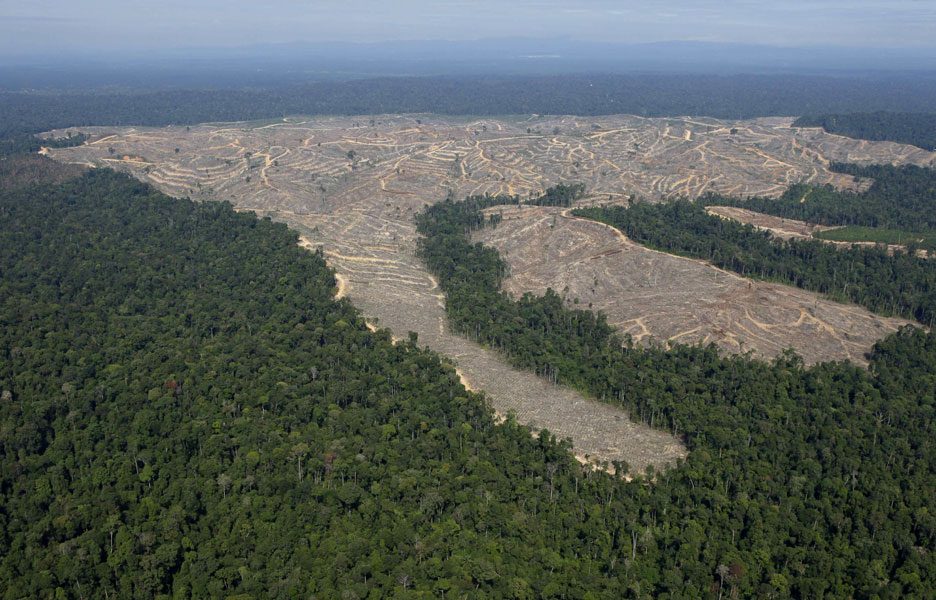 Mountains and hills slashed by forest roads and man-made slopes above them are thus sentenced to gradual draining, with fertile soil being washed away and all living organisms dying. Such hills are unable to retain one drop of water – the water which will be sorely missed by the slope as far as 100 m above the forest road and by the entire forest alike. Regardless of whether we are talking about coniferous or broad-leaved forests, broken pores will dry any of them. 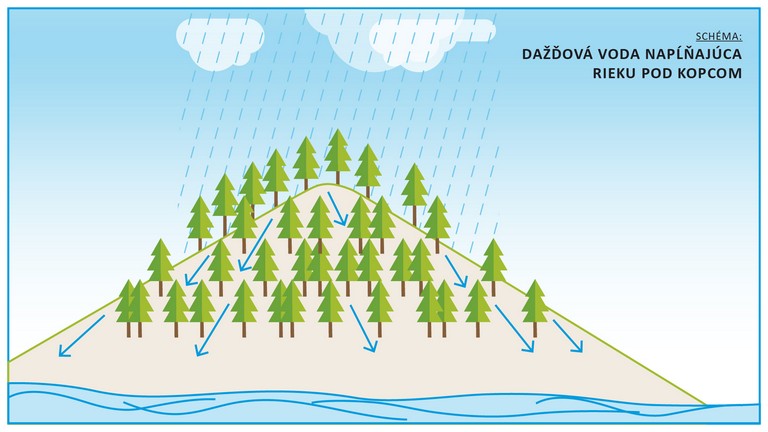 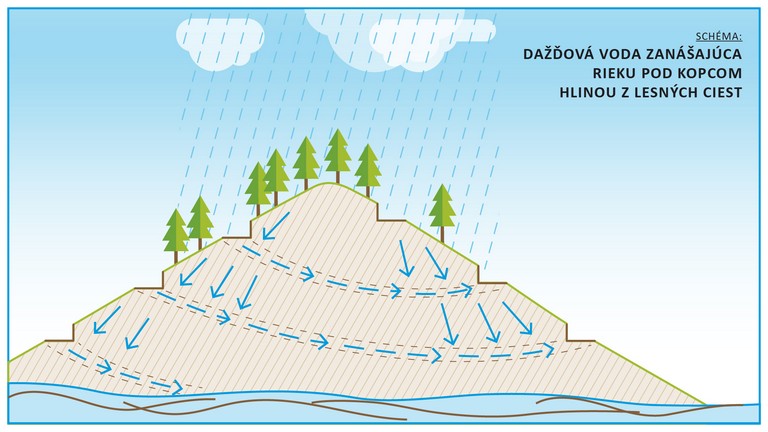 It does not take long for a catastrophe to occur after such major interventions. And floods and droughts are not the only form it can come in.

What is happening in forests when it rains?

Tractors and other machines hauling timber along forest roads and logging tracks leave very deep furrows and rainwater runs along these ditches into rivers with great speed.

Compressed soil – soil, in which pores (canals allowing water to flow to the roots of plants, sources of streams and groundwater) cease to exist under pressure.

If we squeeze the pores in soil, water cannot soak into the ground.

Of we break the pores, water flows out. 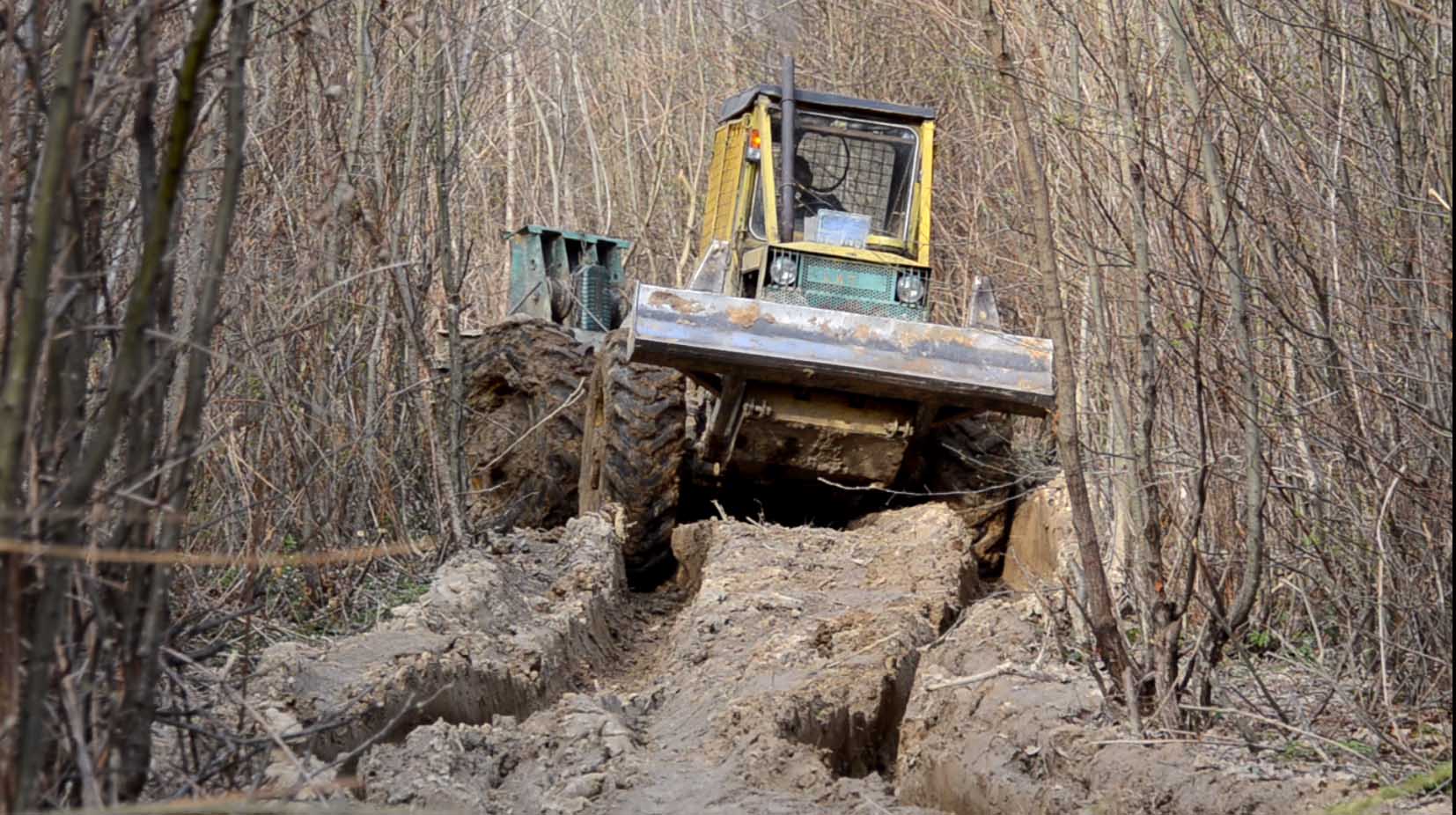 Water keeps on washing out of these compressed surfaces which are unable to absorb any water. Continuous washing out erodes the soil, turning it to stone. Thus, we are losing water as well as fertile soil.

Such devastated forest soil no longer fulfils the role of a logging track, which means that a new one is built only a few meters away from this eroded road ... 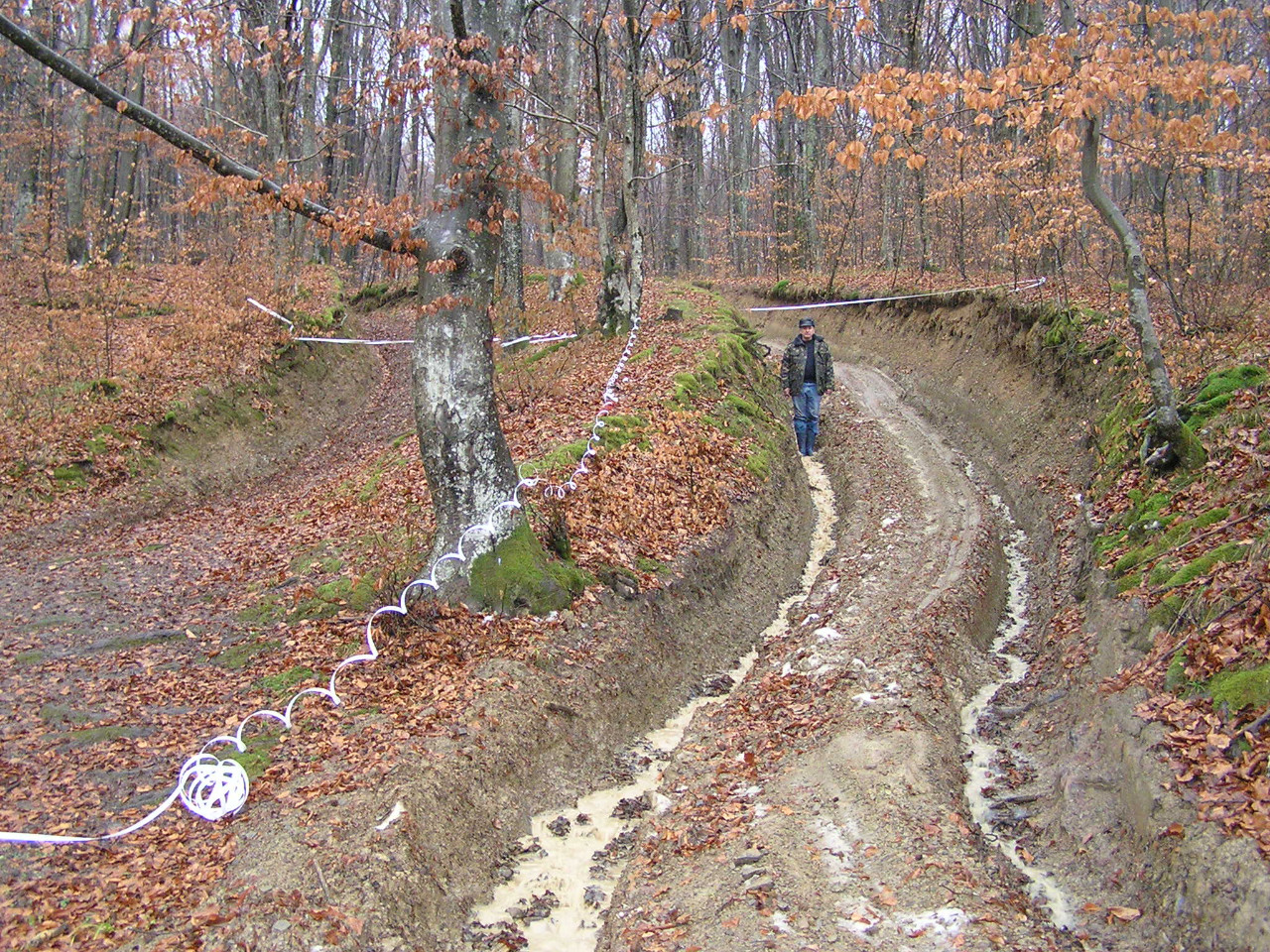 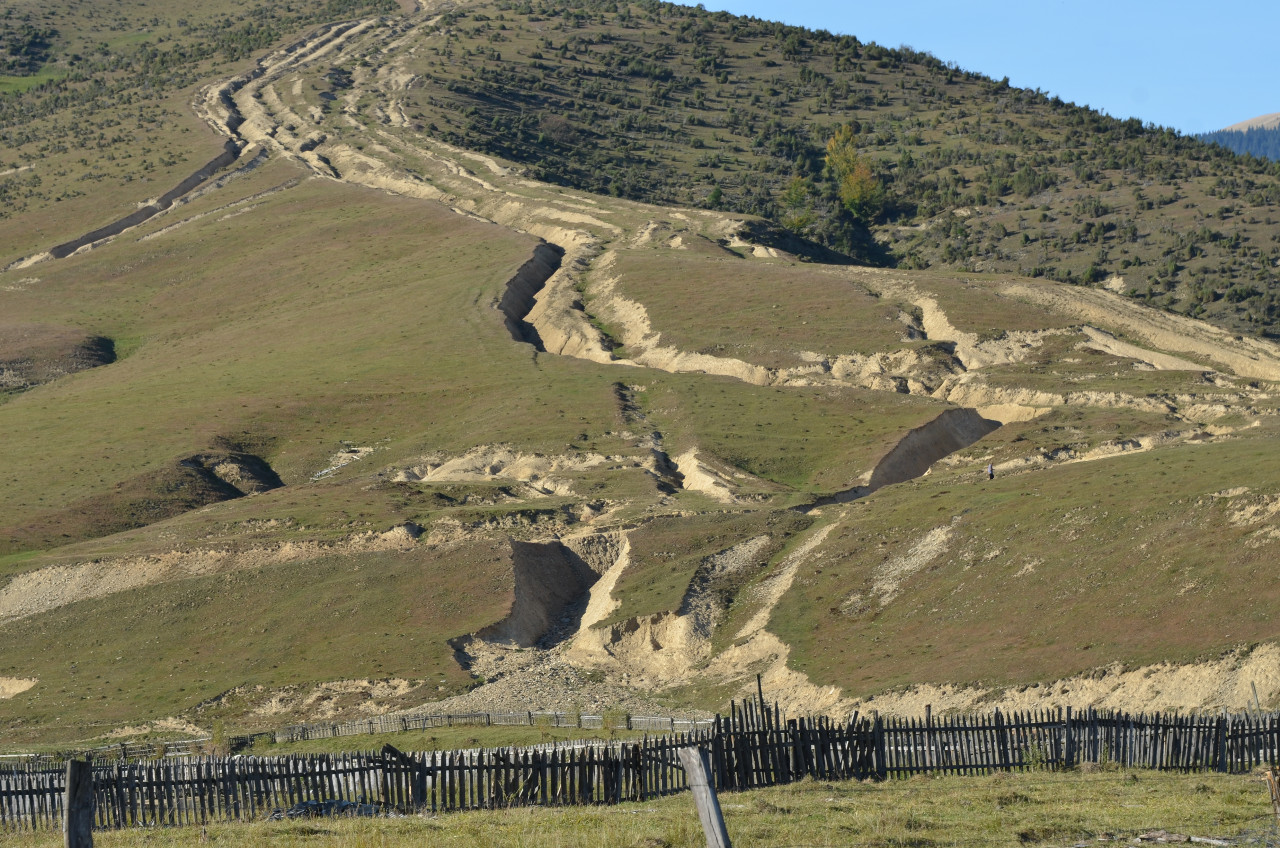 We have an abundance of pictures taken at devastated forest roads – but it is also worth to publicize the following material, too: 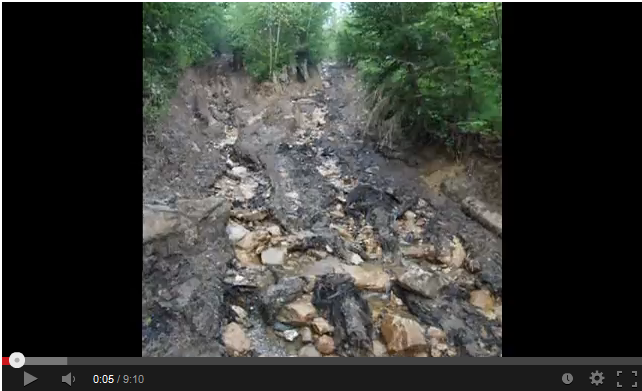